Locomotives which were formerly based on the Bluebell, but which have now moved on elsewhere 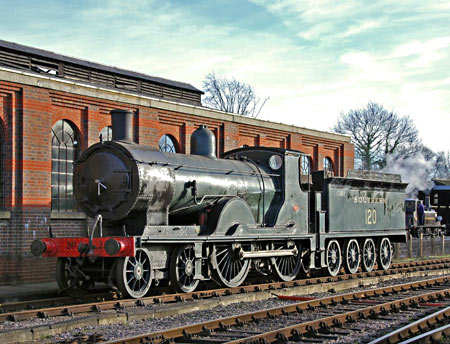 More details: Old Bluebell web page
The T9s were nicknamed Greyhounds on account of the turn of speed they could achieve. When first built, they were used for the lightly loaded expresses from Plymouth to Waterloo at a time when there was fierce competition between the LSWR and the GWR for passengers arriving on the transatlantic liners. In later years No. 119 was reserved exclusively for use on the Royal train, but it was No. 120 which later achieved celebrity status when restored by British Railways to its LSWR livery and used on enthusiasts trains in the early 1960s.

No. 120 became part of the National Collection, and was on display at York for a time. It was subsequently returned to working order, and ran on the Mid Hants and Swanage Railways. Following the expiry of its boiler certificate in 1993 it was placed in the care of the Bluebell Railway, who could provide undercover accommodation, and access for the public, initially for a two year period, due to shortage of space at York. The loan period was extended for over a decade. A proposal to restore the locomotive to operation was discussed, but it was concluded that the Bluebell had too many urgent priorities of its own to be able to undertake what was likely to be a very major mechanical and boiler overhaul.

It left the Bluebell for the Bodmin & Wenford Railway on 1 February 2008, and was subsequently brought back into working order at the Flour Mill Workshops. 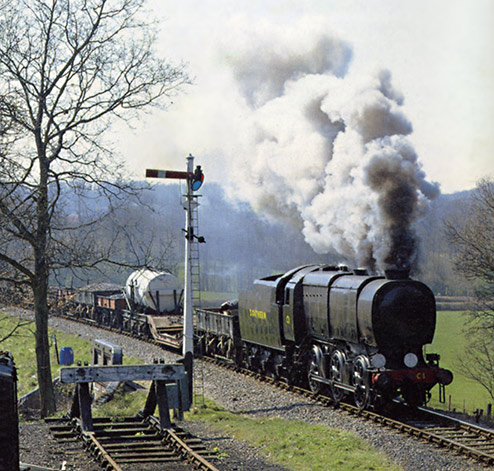 Known by their nick-name of Charlies this class of locomotives was designed as a wartime economy locomotive by Bulleid, making use of already existing patterns for many of their parts, as goods locomotives intended only for a short life. Although the same weight as the Q-class, their predecessors, they were 50 per-cent more powerful, and proved to be fine machines, lasting much longer than originally intended. Considered ugly by some, they are very popular with enthusiasts. This is the sole survivor of its class, and was restored to working order by the Bluebell on two separate occasions under successive agreements with the NRM.

In 2004 it was apparent that there wasn’t a slot in the forseeable future for the Q1 to be overhauled in the Bluebell’s workshop, and we also currently have a shortage of undercover storage space. Thus when the NRM asked if the Bluebell would be prepared to let the loco return to York for display after Railfest, the Railway readilly agreed. The NRM wished to have the loco in York for two reasons, since it has very few locos relating to the second world war and even fewer of the 0-6-0 wheel arrangement. It is anticipated that after the departure of exhibits to Shildon there will be room in the Great Hall to display her. The NRM have indicated that the loco could return to Sussex in the future for display or another term of running.

Over its last few weeks on the Bluebell a small team from the loco department made a concerted effort to prepare the Q1 for the event at York. As C1 has been at Bluebell for 27 years and never been on display at the NRM it did, as expected, attract a large amount of interest at Railfest in May/June 2004. 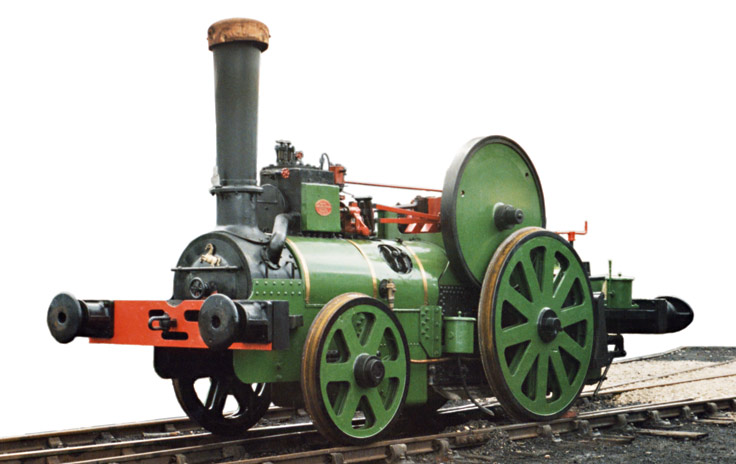 More details: Old Bluebell web page
Aveling Porter were well known for their road-going steam engines. They also built a few railway locomotives, and most of those surviving are 0-4-0s. This example formerly operated at Snodland Cement Works, and was presented to the Bluebell in 1964 by its owners, Associated Portland Cement. Restored to working order after many years of inactivity, it was not a locomotive which really fitted any niche on the Bluebell, so was initially loaned (in 1997) to a group who owned another similar locomotive, based at Quainton Road, and subsequently sold to them. It then moved on, in 2005, to the Chinnor and Princes Risborough Railway, and in 2007 to the Battlefield Line at Shackerstone. In January 2015 it again moved, this time to the Rushden, Higham and Wellingborough Railway. 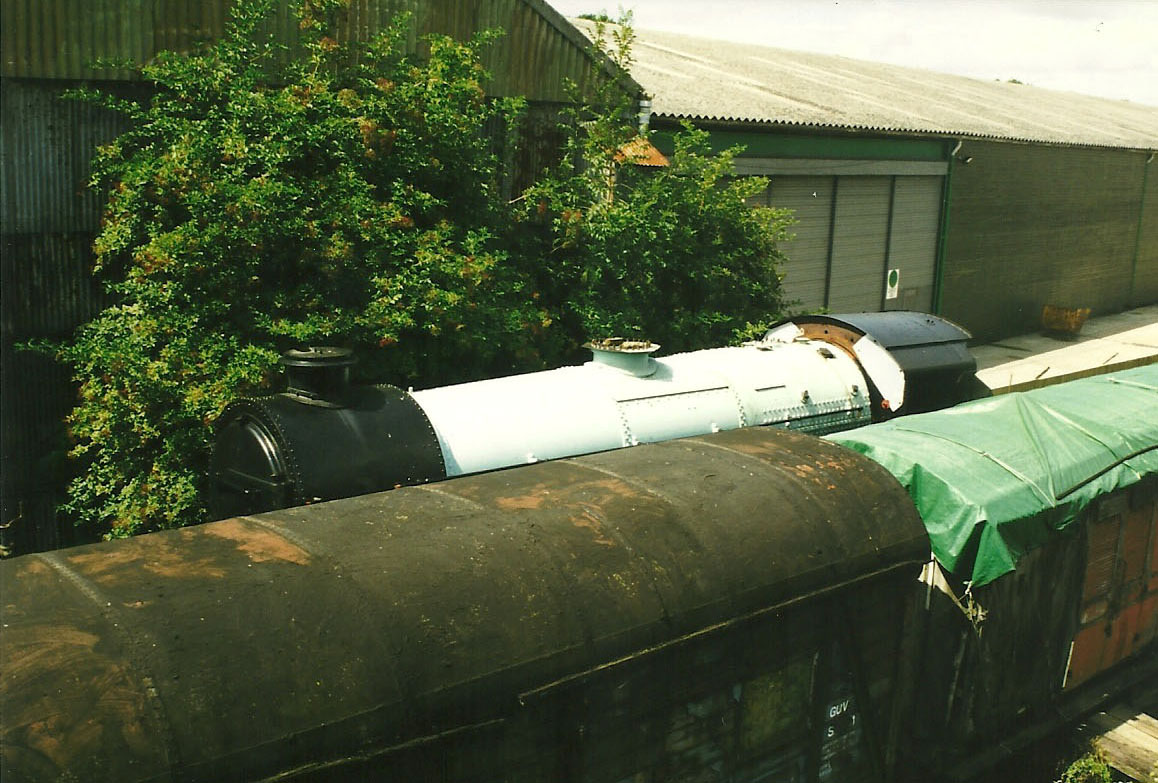 When the opportunity arose for the Maunsell Loco Society to purchase Schools Class loco ‘Stowe’ it was felt that this would give the society a much better balanced collection, and to help raise funds for the purchase this second S15 was sold, together with spares obtained and a tender chassis (a former Schools-class tender, converted to a snowplough, ADS70227), and moved to the North Yorkshire Moors Railway. 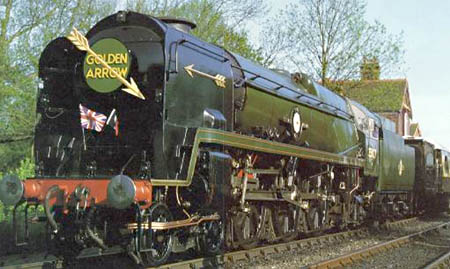 The first of the Merchant Navy class were authorised for construction during the war as freight locomotives, and indeed they could haul a substantial goods train if required. However they were thoroughbred express engines, and British Railways’ rebuilding programme brought them right up to date, such that at the end of steam they were effectively the most modern express steam engines running on the system. The heart of the machine, irrespective of the rebuilding, though was Bulleid’s remarkable free-steaming boiler design, and they were recording record performances on the main line from Waterloo to Southampton right up to electrification in 1967.

‘Port Line’ was an earlier withdrawal, going to Barry scrapyard. Rescued and overhauled by the Port Line group, it became the flagship of the Southern Locomotives Ltd fleet, who have a number of engines based at various sites in the South of England. It originally came to the Bluebell in 1988 after restoration for a short period of running in, but the welcome the group received persuaded them to stay a while. After only a few years, major boiler work was found to be required, and this was undertaken at Sheffield Park. ‘Port Line’ then continued to run on the Bluebell until withdrawn for replacement of boiler tubes in June 1996. Once this work, and a repaint, was completed, a hydraulic test in September 1997 revealed further faults with the firebox, and so the loco, with only 9 months left on its insurance certificate, was laid aside.

Moving to Swanage (by then well established as the main operational base of Southern Locomotives Ltd) in early 2000, it was returned to service in November that year following further boiler work, and operated for a very resticted number of steamings each year until October 2003, when firebox cracks were found. With a firebox 27% larger than the Bulleid light pacifics, it was considered too large a locomotive for use on a preserved line, and with several light pacifics ahead of it in the restoration queue at Herston Works, it was sold in 2004 to Jeremy Hosking, and moved to Southall. 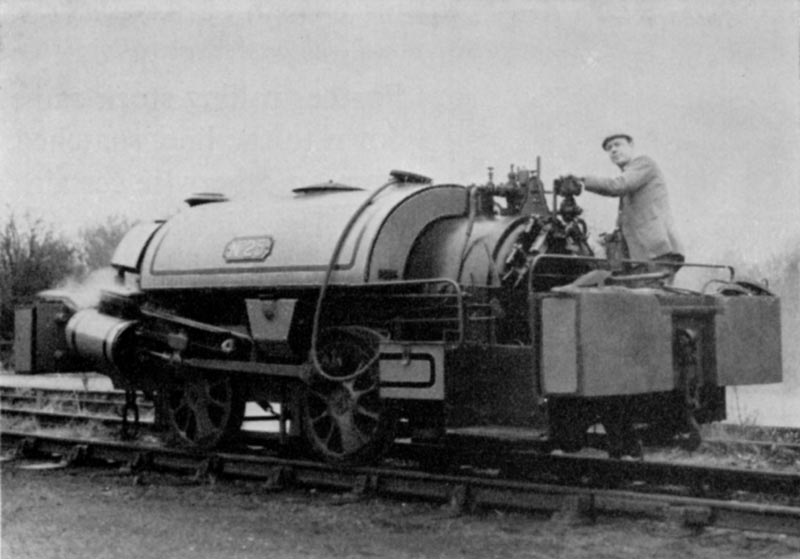 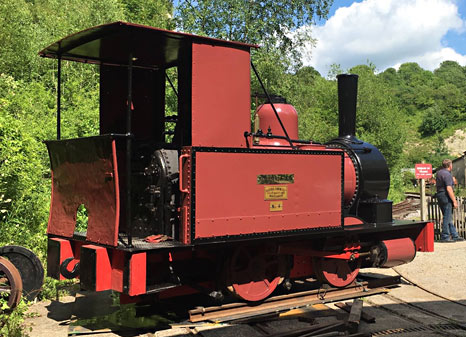 Dorking Greystone Lime Co. Ltd. No. 4 ‘Townsend Hook’
Wheels: 0-4-0T
Gauge: 3ft. 2 1/4 in.
Built: 1880, Fletcher Jennings (Works No. 172)
Class: L
Arrived on Bluebell: 10 April 1960
Owned at that time by the Narrow Gauge Railway Society
Left Bluebell: early 1962
Present location: Amberley Museum
A scaled down version of ‘Captain Baxter’, this loco also spent its entire working life at the Betchworth quarry. It was the very first loco to arrive at the Bluebell, but was soon moved on by its owning group, the Narrow Gauge Railway Society, to the more appropriate location of the Brockham Museum Trust, and then in 1982 to the Amberley Museum. Ownership of Townsend Hook was handed over to The Amberley Museum railway project on 26th February 2002. Sadly its unusual gauge means there would be little purpose in restoring the locomotive to working order. The locomotive had been resident at Eastleigh College from 1995, as a long-term restoration project, but is now back at Amberley Museum, with a team of volunteers having undertaken a thorough cosmetic restoration of the components, replacement of missing parts, and re-assembled and repainted the locomotive. More details of the project are available via Townsend Hook’s Facebook page. The photo (with thanks to Amberley Museum) shows No. 4 in June 2016 ready for transport to Tywyn for the ‘Talyllyn 150’ gathering of Fletcher Jennings locomotives, which also involved ‘Baxter’.

We use cookies on our site to provide you with a better experience and relevant advertising. To learn more or change your settings, please see our Privacy Policy Find out more.